An exotic Boutique tour to Morocco that will excite your curiosity, awaken your senses and challenge your mind. Visit the Imperial Cities of Rabat and Meknes, then the Roman Ruins of Volubilis. During your morning tour, you will learn Rabat’s history and enjoy its beautiful domes, minarets, wide avenues, and green spaces. Your guide will escort you on a walk around the picturesque Almohad northern walls of the Oudaïa Kasbah. Visit the Royal Palace and the Hassan towerwhich stands on the hill overlooking the Wadi Bou Regreg.

Casablanca Arrival. Visit the Mosque of Hassan II. Casablanca is home to the Hassan II Mosque, designed by the French architect Michel Pinseau. It is situated on a promontory looking out to the Atlantic, which can be seen through a gigantic glass floor with room for 25,000 worshippers. Its minaret is the world’s tallest at 210 meters. It is an enormous architectural masterpiece and the second largest religious building in the world.

►Overnight at a Boutique Riad or Hotel in Rabat.

Visit the Imperial Cities of Rabat and Meknes, then the Roman Ruins of Volubilis. During your morning tour, you will learn Rabat’s history and enjoy its beautiful domes, minarets, wide avenues, and green spaces. Your guide will escort you on a walk around the picturesque Almohad northern walls of the Oudaïa Kasbah. Visit the Royal Palace and the Hassan towerwhich stands on the hill overlooking the Wadi Bou Regreg. Explore the gardens nearby and visit the Palace of Rabat and visit the Necropolis at Chellah/Kasbah of Chellah.

Next take the road to Meknes. On arrival, enjoy a panoramic view of Meknes which includes a splendid look at the old Islamic medina with its numerous tall and soaring minarets. Explore the Old Medina and Bab el-Khemis. Pass through the ancient walls of the medina and the Islamic cemetery from which extends the Jewish quarter and the entrance to the Old Mellah (Jewish neighborhood). Enter through Bab el-Khemis, a large decorated gate from the 17th century often referred to as “Thursday Gate.”

Visit the 17th Century Kasbah. Famous for its military scale, Meknes has a massive extension of walls and monumental gates. Its breadth emanates the historical achievements of one of the greatest Sultans in the history of Morocco, Moulay Ismail.

Continue to the Royal Stables and Agdal Reservoir. The Royal Stables are an amazing site, as this massive stable yard was constructed to comfortably house no less that twelve thousand royal horses.

Take the National road to Volubilis.

Visit the Roman Ruins of Volubilis. The breathtaking archaeological site of Volubilis, also referred to as Oualili, was once occupied by the Romans. Volubilis has been recognized by UNESCO as a world heritage site and gained international acclaim when Martin Scorsese made it a feature location for his film, The Last Temptation of Christ. Discover the fascinating Roman ruins adorned with beautiful mosaics and colorful tiles depicting Roman mythology.

Overnight in at a Riad or Hotel in Fes.

Begin your day in Fès, the oldest working medina in the world that many refer to as a living museum. Visit The 14th Century Palace Gates of the King. The Royal Palace in Fes is one of the oldest (14th Century) and largest in Morocco.

Next visit the Jewish Mellah, the name of a Jewish quarters located in the old cities of Morocco, usually with a walled boundary.

Continue onward to visit the Ibn Danan Jewish Synagogue. Fes was once home to a flourishing Jewish community during the 17th century and was also the location of two well-known temples: Rabbi Shlomo Ibn Danan Synagogue was built and founded by the Ibn Danan family and the

Cross the local fruit and vegetable market where you will witness the stalls of local traders and people buying their daily goods.

Explore the Dyers souk of silk, wool and cotton.

Visit the following sites in the afternoon:

Cross the carpenter area and enter Attarine Street, filled with scents of Fes such as spices and oils. Shop and explore for carpets, scarves, and local handicrafts. Antique and Modern Carpets is one of the places in Fès el Bali where you can see a Berber carpet demonstration.

Overnight at a Boutique Riad or Hotel Fes.

Next visit the Batha Museum and Andalusian Gardens. he Musee Dar el-Batha offers up a great collection of pottery, leatherwork, wood, books, and manuscripts from the nineteenth century centered around a green spacious courtyard.

Visit Palais Mokri. Palais Mokri, also referred to as “El Mokri Palace”, is a landmark in Fes. Built around 1906 by If Tayeb El Mokri, son of the Grand Vizier (Prime Minister) of the king and himself Pasha of Casablanca, this residence covers about 220 meters of Fasis architecture and a gardens.

Overnight at a Boutique Riad or Hotel in Fes.

A Journey through the Middle Atlas to the Sahara Desert, Passing Ifrane, known as “Little Switzerland,” Midelt, Erfoud (the Capital of Fossils), and Rissani, Arriving in Merzouga for a Sunset Guided Camel Trek and Arabian Nights in the Great Sahara Desert.

Take the road to Merzouga. Enroute to Merzouga, we will pass Ifrane, stopping to see the cedar tree forest and the local barbary monkeys. We will also pass the American- Moroccan University which was built by the Saudis.

Visit the Musicians of Khemlia in Merzouga, a century-old Gnaoua group that performs ancient trance music. Tea and nuts will be served (if time allows on this day or the following day).

Arrive in Merzouga before sunset and then go by dromedary camel 45-60 minutes, at sunset, into the Erg Chebbi Dunes to camp overnight in our luxury bivouac tent at an oasis.

Overnight in a Luxury Desert Camp in Merzouga.

Sahara Desert Visit and then Departure from the Region to the Saghro Mountains for Lunch in a Berber Village or the Todra Gorge, Enroute to Ouarazate.

Walk the desert dunes and explore on your own in and around Merzouga. Take the road to se Merzouga’s Sahara by piste. Enjoy the flora and fauna that is unique to the Sahara.

Then visit the Saharan Desert towns of Rissani and the capital of fossils, Erfoud.

Visit the old ksars and then continue the road to the village of Ait Ouzzine, located in N’kob, which is nestled within the Middle Atlas Mountains. Aït Ouzzine is a Berber villageinhabited by over 300 families who live in beautifully painted crenulated kasbahs, with their own henna fields, water wells, livestock, and gardens. This peaceful village is tucked away along an impressive desert route connecting the Draa Valley (Tansikht) and Rissani.

Meet a local Berber family, sip tea in the Sagro Mountains, and dine on couscous. Then explore and tour the village by foot. Walk in the green fields and see how the traditional Berbers live with their gardens of herbs, livestock, and henna plants.

After lunch, you can have your hands and feet painted with hennaor your hair adorned with saffron by a local village artist and relax. Experience the tradition of Berber perfume made from musk and amber along with the villages own spices. End the afternoon in Ait Ouzzine with mint tea and almonds.

Drive through the Draa Valley back to Ouarzazate or Ouarzazate. The Draa Valley is the road of the old caravans that once traveled to transport dates and other goods from the Draa Region to Marrakech.

Overnight at a Boutique Riad or Hotel Ouarzazate.

Visit the Adobe Village of Ait Benhaddou, Passing via the Tizi-n-Tichka Pass to Marrakech

During the French period, Ouarzazate expanded considerably as a garrison town and became the administrative center of the Zagora region. Ouarzazate became famous when its nearby Kasbah, Aït Benhaddou, appeared in the 1962 film Lawrence of Arabia.

Visit Ait Benhaddou Kasbah.32 km from Ouarzazate lies the picturesque village of Aït Benhaddou, situated in Souss-Mass-Draa on a hill along the Ouarzazate River. Lawrence of Arabia was filmed here and Orson Welles used it as a location for Sodome and Gomorrah; for Jesus of Nazareth, the whole lower part of the village was rebuilt.

After visiting Ait Benhaddou, continue the road to Marrakech. You will pass the olive groves of the Oued Zat as you ascend onto the Tizi-N-Tichka Pass Road. Built by the French in the 1920’s, the Tizi-N-Tichka Pass can be described as having mountainous barriers, Mediterranean and oceanic influences and desert borders.

Lunch Recommendation:Dine on local Moroccan fare made with fresh, argan oil from the local cooperative run by women.

Visit an argan cooperative where argan oil, butter, and cosmetics are made with the argan nut by hand as Berber women crack the nuts and the grind them one by one. Enjoy a complimentary tasting. This cooperative is run entirely by women. Continue on to Marrakech.

Overnight at a Boutique Riad or Hotel in Marrakech.

Visit the Majorelle Gardens. The Majorelle Gardens, previously the Jardin Bou Saf, bears its name from its original creator, Jacques Majorelle, the French expatriate artist who was born in Nancy, France, in 1886. Jacques Majorelle was the son of the celebrated Art Nouveau furniture designer Louis Majorelle. In 1947, the son opened his gardens to the public and, during this time, also painted a magnificent ceiling at La Mamounia, a five-star hotel with exquisite gardens and the place where Alfred Hitchcock wrote The Birds.

Experience the Jewish Mellah. Founded in 1558 by Moulay Abdallah, the Mellah district was designated as the Jewish quarter in Marrakech.

Shop in the Old Spice Market.

Visit El Bahia Palace. The El Bahia Palace in Marrakech is a beautiful building and an excellent example of Eastern Architecture from the 19th century and represents trends and standards of the wealthy who lived at that time.

Visit the Saadian Tombs. The Saadian tombs in Marrakech date back from the time of the Sultan Ahmad al-Mansur (1578-1603). The tombs were only recently discovered (in 1917) and were restored by the Beaux-Arts service.

Overnight at a Boutique Riad or Hotel Marrakech.

Day 9: Marrakech Excursion To The Coastal Town Of Essaouira

Take a one-day excursion to the Coastal town of Essaouira. Essaouira is situated on the Atlantic Ocean coast, about 125 kilometers north of Agadir.

Visit a Local Winery En route and/ or the Fromagerie for Wine & Cheese Tasting.

Take a stroll along the town’s sunlit pedestrian main square, Place Prince Moulayel Hassan and the Skala du Port, the fishing harbor, offers breathtaking views of the Portuguese ramparts. Explore the ramparts and the spice and jewelry souks of the medina. The medina of Essaouira is a UNESCO World Heritage listed city, as an example of a late-18th century fortified town.

Have lunch at the fish-grill cafes, with wooden tables and benches laid out overlooking the sea that was once- in the 19th century- the only Moroccan port south of Tangier.

After lunch visit Orson Welles’ Square and memorial, designed by Samir Mustapha, one of the towns artists, which pays homage to Orson Welles filming of Othello in Essouaria.  Essaouira’s history is a reminder of the times when Spain, Portugal and England fought to maintain control over its coasts. It has a typical Portuguese harbor that is a stunning example of Moorish and Portuguese architecture.

Option to Visit Jewish Heritage Sites of Essaouira, inclusive of the famous Chaim Pinto Synagogue, the Jewish Mellah and Cemetery with anthropomorphic tombstones.

Overnight at a Boutique Riad or Hotel in Marrakech.

Depends on your flight time, transfer to Casablanca airport for your return flight. 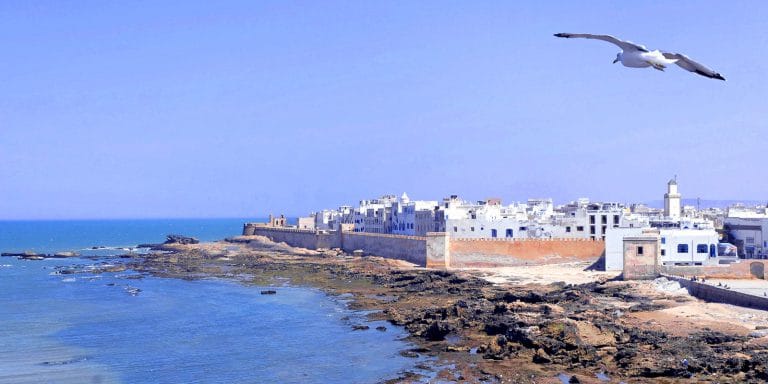 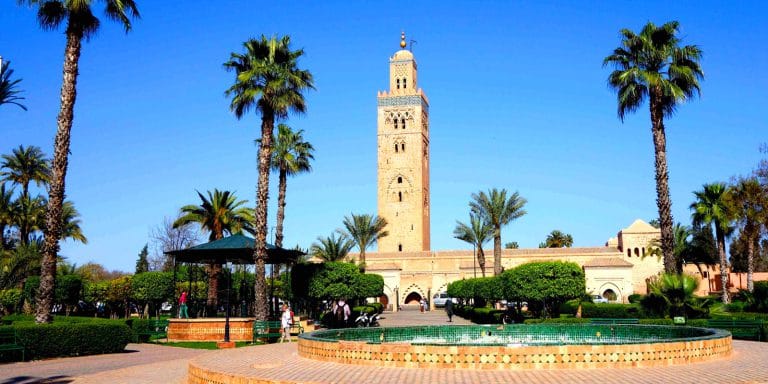 Morocco Tailor Made Cultural Tour From Casablanca In 12 Days 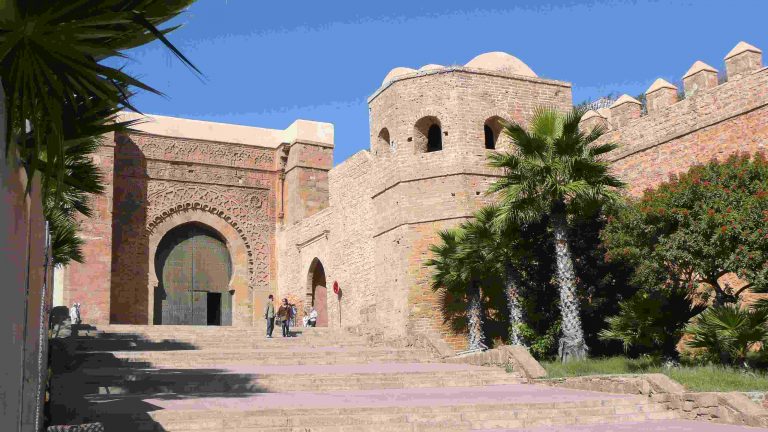 Splendors Of Morocco Private Tour From Casablanca In 11 Days