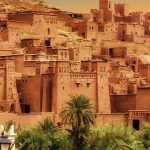 After breakfast depart from Marrakech and drive through the High Atlas Mountains, the largest mountain chain in North Africa that is an ideal place for anyone who enjoys hiking, mountain climbing or breathtaking natural scenery. During your journey to Southern Morocco you will also pass the olive groves of the Oued Zat, as you ascend onto the Tizi-N-Tichka Pass Road. Built by the French in the 1920’s.

The Itinerary Of One Day Trip To Ouarzazate And Unesco Kasbahs

After breakfast depart from Marrakech and drive through the High Atlas Mountains, the largest mountain chain in North Africa that is an ideal place for anyone who enjoys hiking, mountain climbing or breathtaking natural scenery.

►Heading south of Marrakesh you will pass Aït Ourir, a charming Berber village where you can stop to take pictures of the Atlas foothills. On road P31 you will pass the Grouka hunting reserve and Forestry Department Buildings that are a reminder that the French presence was once felt in the High Atlas.

►Along the route you will see panoramic views of the High Atlas Mountains as well as sights of fertile valleys, blue and red colored pise villages and other striking mineral environments. The higher up you drive you will notice the mountains becoming more rounded and the crops turning into bare red soil.

Continue the road toward Ouarzazate passing the town of Amerzgane where ruined Kasbah Telouet sits. Once home to the Pasha El Glaoui, the Kasbah Telouethas a rich history that is intertwined with the French and is located in a fertile valley surrounded by palm, fig and olive trees. We will make a short stop at the kasbah for a brief tour whereby you can see the kasbah’s painted wooden ceiling and low level corridors leading to two well preserved Andalusian style reception rooms engraved with stuccowork and colorful zellij tilework. Kasbah Telouet has a history that stands alone with its original zellij tile decorated with the Jewish Star of David, authentic, preserved silks and grand remnants of the Pacha Glaoui family. To visit Kasbah Telout is see one of Morocco’s hidden jewels. It lies at an elevation of 1,800 meters and lays claim to magnificent views that overlook the Berber village of Telouet. Unlike the other Kasbahs in Southern Morocco, Kasbah Telout was occupied by the Glaoui family instead of being used for slaves or only as a fortress. Kasbah Telouet has yet to be coined a UNESCO World Heritage site and while it appears in parts to be in ruins on the exterior, its interior is one of true splendor.

continue your tour by heading to the picturesque village of Aït Benhaddou. Aït Benhaddou is situated in Souss-Massa-Draâ on a hill along the Ouarzazate River and was once a significant stop for traders carrying gold, salt and slaves along the famous Southern Caravan route moving through the Sahara. Lawrence of Arabia was filmed here and Orson Welles used it as a location for Sodome and Gomorrah; and for Jesus of Nazareth the whole lower part of the village was rebuilt. In recent years more controlled restoration has been carried out under UNESCO auspices

After the visit foritifed village of Ait ben haddou and having Lunch, we will head back to Marrakech throught he beautiful sceneries landscapes of the high atlas Mountains. 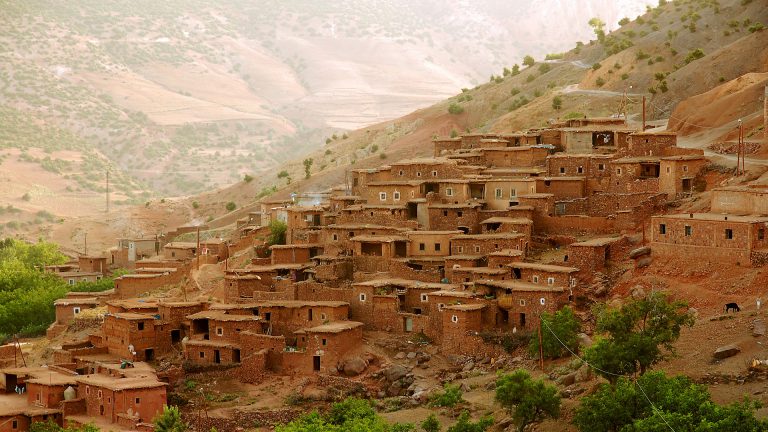